Directly on the heels of their last single, phonewifey enlists the inimitable style of girl_irl for the epic follow-up ‘FOREVER 3021’. While ‘Forever 2021’ was a melancholic pop track that commented on the present state of the music industry, ‘FOREVER 3021’ is a hard-trance dystopian sci-fi imagining of mainstream culture and the fashion industry left to carry on unhindered with its exploitation and expansion. With swirling synthesizers, dizzying production, stomping beats and giddy vocal performances, ‘FOREVER 3021’ provides the atmospheric polar-opposite to what preceded it. 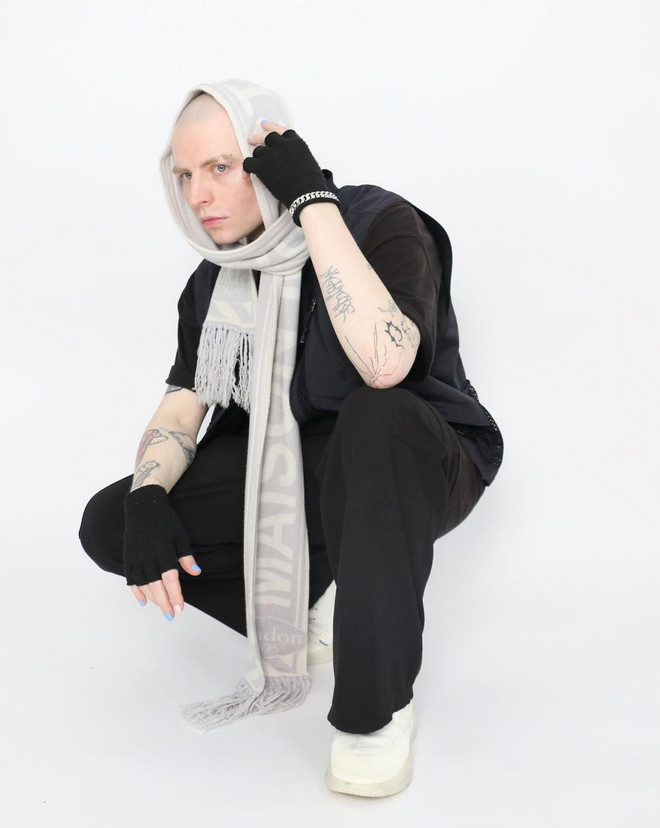 I have a thing for vast types of music – expansive songs and huge sounding arrangements. I really explored that approach with my record from 2021 ‘HARD YEAR’. This track is almost like a sequel to the title track and first single ‘Forever 2021’, and it really goes back to that expansive way of writing. It’s a seven-minute, multi-sectioned epic that builds and builds to an insane crescendo, venting frustrations at aspects of mainstream culture and consumer capitalism. ‘Forever 2021’ and ‘FOREVER 3021’ bookend the whole project, so releasing them first was a very deliberate move, they have such opposing energies but the tracks fill out the album (in my head, at least) and make it all make sense.

I couldn’t think of anyone other than girl_irl to appear on this track. Their vocal style is so perfect for hard music. They once described their approach as soft vocals on heavy beats and that contrast just pops so hard. I’ve been a fan of girl_irl’s music since they started releasing and when I began writing this track, it became abundantly clear that I had to reach out and see if they were down for the collab.