Team England have today named 27 cyclists to compete For Team and Country at the 2018 Commonwealth Games on the Gold Coast in Australia. 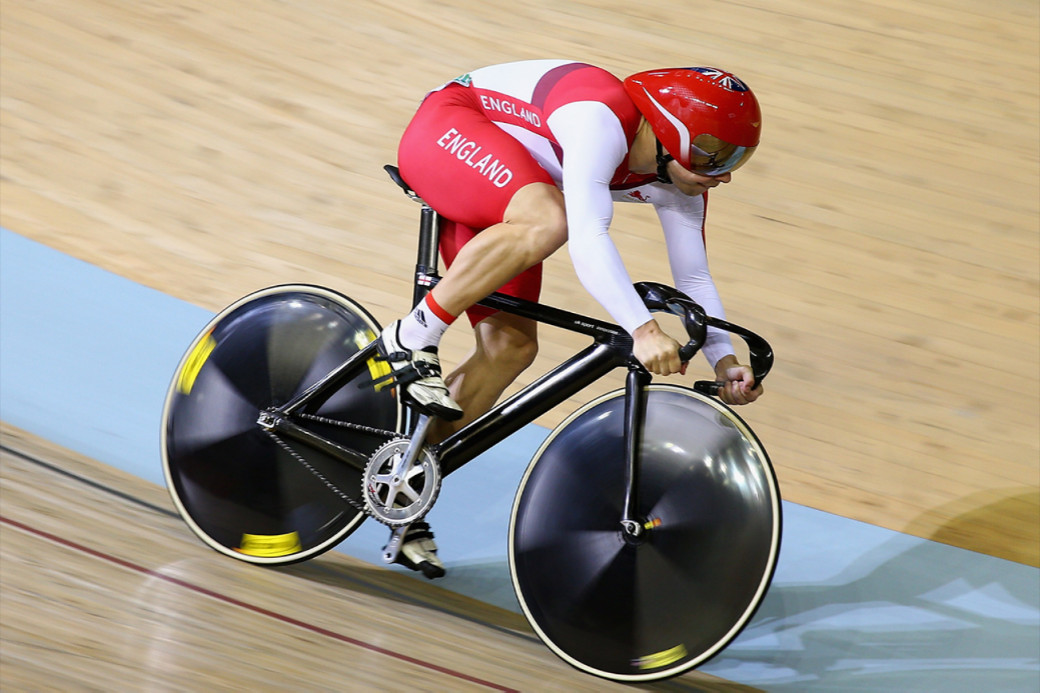 The track cycling team includes 14 members of the Great Britain Cycling Team who successfully competed at the UCI Track Cycling World Championships in Apeldoorn last week, including the recently crowned world champions Emily Nelson, Charlie Tanfield, Ethan Hayter and Kian Emadi. Emadi, along with Phil Hindes, won the silver medal in the Team Sprint in Glasgow 2014 and they both bring Commonwealth experience to a team developing on its journey towards the Tokyo 2020 Olympic Games.

Double Commonwealth tandem champions Sophie Thornhill and pilot Helen Scott will be back to defend the titles they won at Glasgow in 2014.

Hayley Simmonds, Melissa Lowther and Abigail Van Twisk are amongst those selected for the women’s road team alongside 2016 National Champion Adam Blythe, Ian Bibby, Harry Tanfield and Thomas Stewart in the men’s race.

Sophie Thornhill said: “Winning gold medals in the tandem sprint and kilo events in Glasgow for Team England was one of my proudest achievements, and I’m pleased to have the opportunity to defend the titles with Helen Scott. We’re currently both training hard in Manchester ahead of our world championships in Rio, and from there we aim to carry our racing form through to the Gold Coast.”

Adam Blythe said: “I’m proud to have been selected for the Commonwealth Games this year and being able to represent my country. The road race course looks pretty challenging but I feel in good form at the moment and myself and the rest of the team are looking forward to getting stuck into the race.”

Evie Richards said: “I love being able to represent my country, and I’m looking forward to riding for Team England at Gold Coast 2018. We had our world championships in Australia back in September, so we used that trip as an opportunity to recce the mountain bike course for the Commonwealth Games. I really enjoyed the course, and I think it will suit a lot of my strengths so I can’t wait to race there.”

Team Leader Keith Reynolds said: “Our 27-strong team of riders will represent Team England across all the cycling disciplines at these Commonwealth Games.

“There is a lot of experience within the squad, with 14 riders having an Olympic, Paralympic or world championship medal to their name. Equally, there are riders for whom this event will play an important role as part of their development, and it’s great we can offer this to younger riders on the World Class Performance Programme as well as to non-programme riders.

“We’re happy with the team we’ve selected and there are some exciting prospects across the board, so I’m looking forward to seeing how the team gets on at the Gold Coast 2018 Commonwealth Games.”

Team England Chef de Mission Sarah Winckless said: “This is a really busy time of year for our cycling teams with the spring classics on the road, the world cup season starting for the mountain bikers and the world championships on the track so I’m delighted we are taking such a strong team to the Commonwealth Games. England has a long history in cycling at the Commonwealth Games having won over 100 medals. I’m hopeful this team will be able to add to that tally for Team and Country in just a few weeks time.”

As part of its plans to send the best-prepared team to the Gold Coast, Commonwealth Games England will hold a 10-day preparation camp in Brisbane, create a dedicated performance centre inside the Commonwealth Games Village, and offer a full programme of support services.

The dedicated performance centre will be at the heart of Team England’s headquarters inside the Commonwealth Games Village. It will provide an enhanced environment in the Village for athletes, coaches and support staff, where the team will have access to dedicated doctors, physios and a full range of clinical, rehabilitation, preparation services, kit, equipment, stretching and R&R areas.