This year, London’s TweetFest Film Festival hosted its dazzling gala and awards night at the iconic ArtHouse Cinema in Crouch End. It held its earlier screenings as part of the festival at the charming Hen and Chickens Theatre. With a VIP jury including Casting Director Shakyra Dowling (Wolf starring George Mackay, Lily-Rose Depp), director Tessa Hoffe (Netflix’s Zero Chill) and Simon Fellows (Steel Country starring Andrew Scott) to name a few, they were not short on industry talent to judge the winners. FAB UK popped along to see what all the fuss is about. 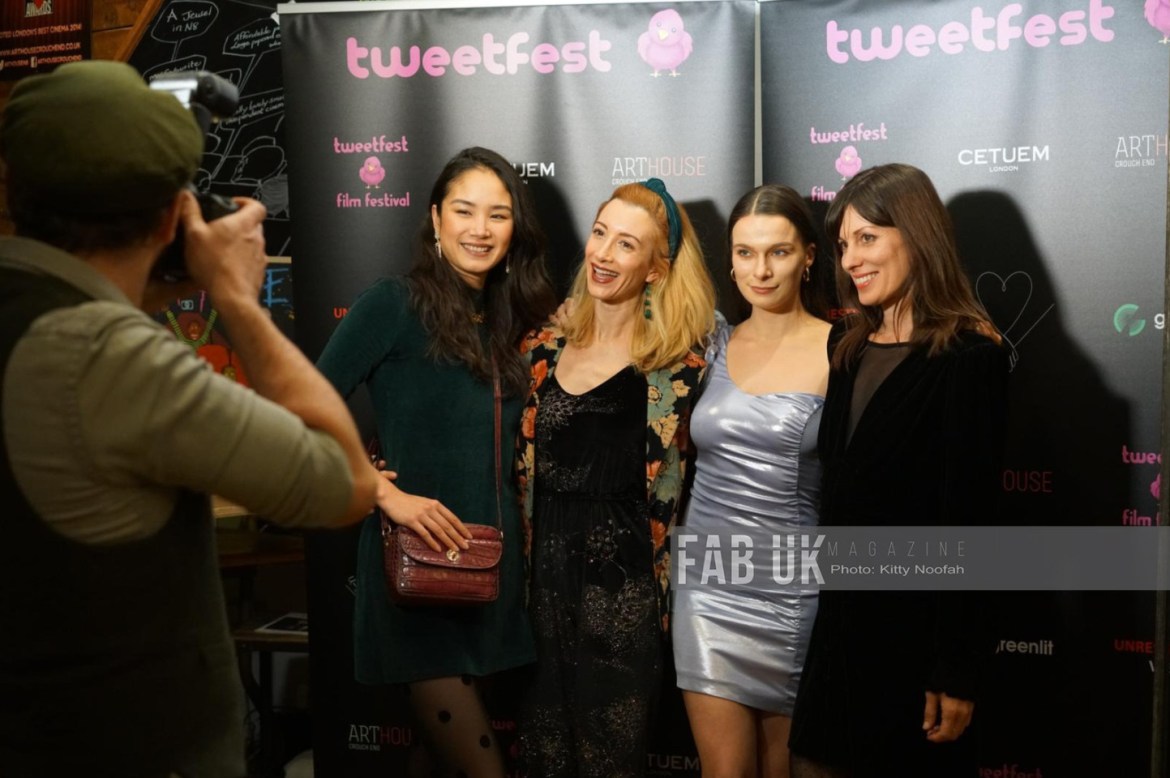 The evening started with the gala guests getting papped by their photographer, and ours. The room filled with expectant filmmakers and excited guests attending to watch the brilliant array of short film finalists and see who would win the ten awards up for grabs. After an hour of networking and mingling, everyone was ushered into the cinema to watch the six In Competition UK Shorts, and two of the international shorts all vying for the highly coveted Best Short Film and Best International Short Film awards.

The one obvious thing about the selections was that no two shorts were similar. The themes varied dramatically, there was a diverse representation of people, and the shorts covered a lot of varied topics – from a gritty drug heist (We’re Too Good For This) to a woman struggling to gain control over her fragile ego (This is Zoe). The eclectic mix surprised, shocked and delighted the audience.

TweetFest was proudly sponsored by Cetuem this year, and each winner gratefully took home a TweetFest trophy, a Cetuem Cosmetics goodie bag, and several other prizes including Greenlit consultations and studio sessions with STAC. But as always, there can only be one winner of the big prize and this year it was director Rémy Bazerque’s story, LEAVE TO REMAIN, that won the VIP jury’s hearts. Bamshad Abedi-Amin who played the lead in this hilarious, timely and all too poignant short also won the Best Actor award for his outstanding performance.

You can see more about the annual festival including all the winners via  uktweetfest.com

Trailer launch of Godaam, the untold stories of Indian Farmers