Global superstar Becky G releases her cover of “Bella Ciao” along with the music video via Kemosabe/RCA Records.

“Bella Ciao” has recently re-entered the pop culture zeitgeist as the unofficial anthem for the hit Netflix series La Casa De Papel (Money Heist). Originating from 19th Century Italy, the song first appears in Part 1 of the show and the character Tokyo recounts in the season’s finale, ”The Professor’s whole life revolved around one idea…Resistance. His grandfather, who had fought with the Resistance to defeat the fascists in Italy, taught him that song. And then…he taught us.” 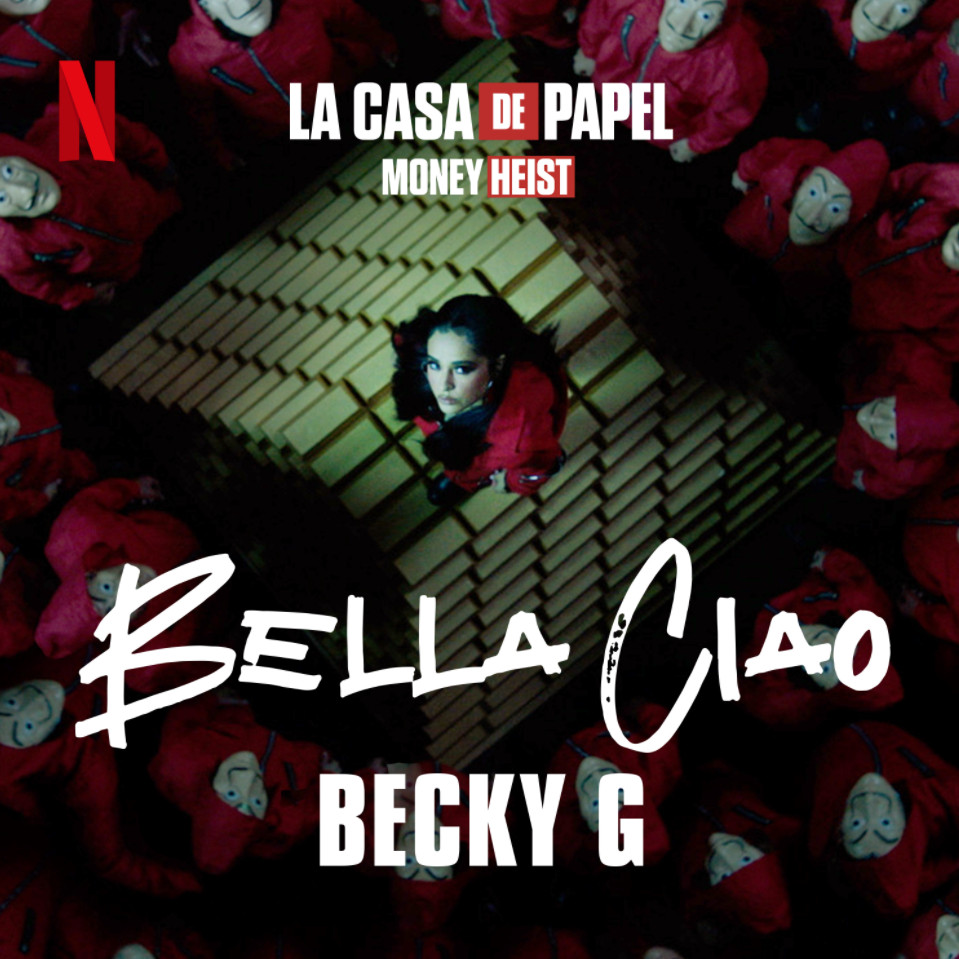 As a fan of the show, Becky is thrilled to partner with Netflix on her cover of “Bella Ciao.” Her cover comes alongside a music video which pays homage to the show with the iconic red jumpsuit and mask and of course the bars of gold from the Bank of Spain. The video is directed by Megan Gamez (John Legend, Mario).

Part 5: Volume 2, the finale of the series, will premiere globally on Netflix on 12/3/21. More info on the final episodes below.