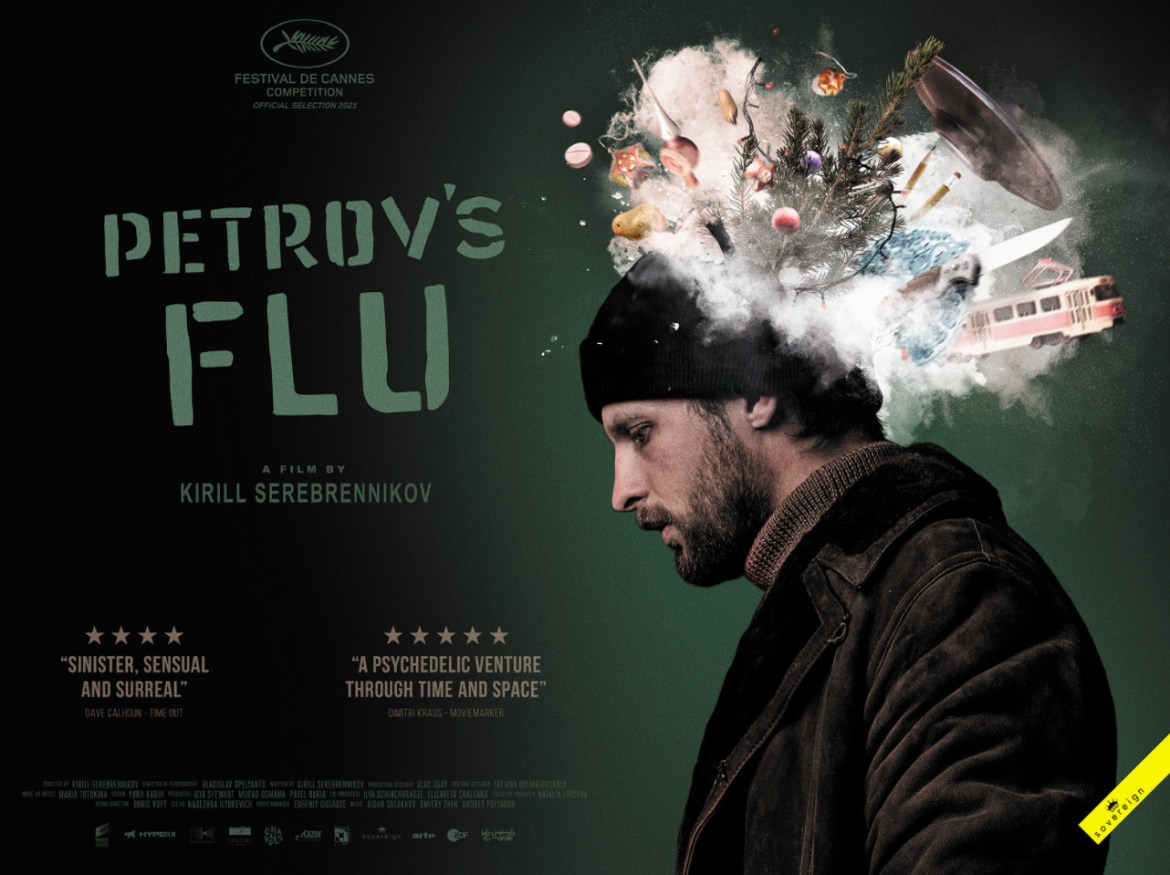 A deadpan, hallucinatory romp through post-Soviet Russia, based on the novel The Petrovs In and Around the Flu by Alexey Salnikov, the film details a surreal and fantastic day in the life of a comic book artist and his family. It won the prestigious CTS Artist award at this year’s Cannes Film festival, for Vladislav Opelyants’ virtuoso cinematography and was nominated for the Palme d’Or. The film was also selected to play in the ‘Dare’ section of this year’s BFI London Film Festival.

Director Serebrennikov’s film The Student (2016) competed for the Un Certain Regard at the Cannes Film Festival and went on to win the Francois Chalais prize. His previous film, Leto (2018) was part of the main Competition at Cannes and was awarded the ‘personal Palme d’Or’ by Le Figaro magazine. He wrote Petrov’s Flu while he was under house arrest in Russia.

The result is a very crazy, very Russian and an extremely violent and unique experience that is in turns shocking and disturbing, explicit, touching and visually stunning, appealing to fans of everything from sci-fi, action to provocative arthouse. A weird, wild ride into a dark night of the soul, featuring random acts of insanity, aliens, erotically-charged demonic librarians, a pair of singing dentures and the perils of public transport – imagine Terry Gilliam and Gasper Noe collaborating to update a Gogol short story and you’re halfway there.

Synopsis: With the city in the throes of a flu epidemic, the Petrov family struggles through yet another day in a country where the past is never past, the present is a booze-fueled, icy fever dream of violence and tenderness, and where – beneath layers of the ordinary – things turn out to be quite extraordinary.