PAOLO ROSSI – A Champion Is a Dreamer Who Never Gives Up

Today is the first anniversary of the death of Paolo Rossi. After the big success of our movie about his life titled “PAOLO ROSSI – a Champion is a dreamer who never gives up” at the Global Sustainable Film Award in partnership with Bafta where it won an important award we are delighted to announce that in the 2022 will start a theatrical release to celebrate his life, Italian culture and sport… 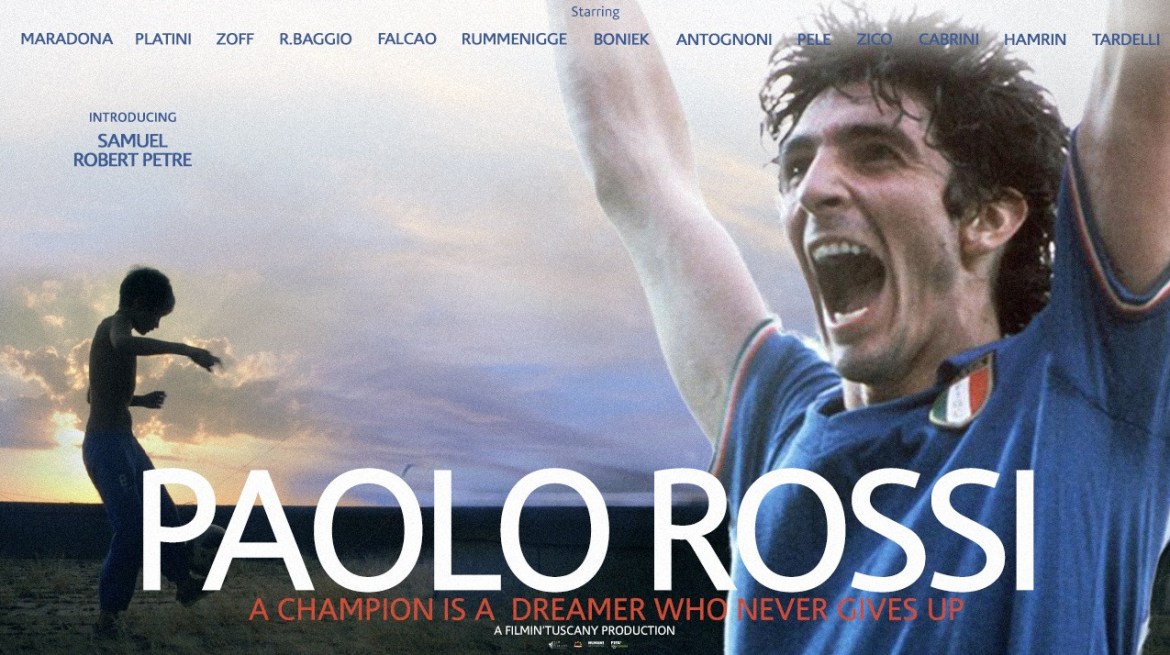 Very much like a fairy-tale, PAOLO ROSSI – a champion is a dreamer who never gives up is a 90 min feature documentary about Paolo Rossi storytelling his story to Sami and his friends; the story of a kid like them, grew up poor and ill in a small village in Tuscany who managed to achieve his biggest dream and became the 1982 World Champion. Join Paolo in the storytelling, his eternal friends: Falcao, Platini, Maradona, Pele, Zico, Rummenigge, Tardelli, Cabrini, Zoff, Boniek, Antognoni, R. Baggio etc.. etc.. all together with “the kids from the sewers” from the ONG PARADA that throughout the teaching of soccer and performing arts give to these kids hopes and dreams. Every dream represents a reason for them to resist, live, love to remind us all, that a dream means nothing if not shared with love and respect and that a real champion, is first of all a champion in his heart.

In backyards, dirt lots and even in the middle of city streets, children around the planet practice and dream about becoming the next Rossi, Pelé, Maradona or Falcao in the world’s most popular sport.

Re-live the magical, heart-stopping moments of the game’s incredible history in this loving tribute to Paolo Rossi and to a sport so many millions love across the globe.

Vintage championship footage and first-hand accounts by the greatest players themselves are beautifully woven into a touching and exciting story of Rossi’s ups and downs in the context of shocking world events. As Football (soccer) has evolved into a billion-dollar business, this film powerfully reminds you that dreams can come true when you follow rule #1: never give up!

Under the patronage of the United Nations, on January 18th 2021, the feature documentary “Paolo Rossi – A Champion is a Dreamer Who Never Gives Up” has been awarded with the “The Global Sport and Peace Award”.

Former fashion photographer, Fellini is one of the greatest filmmakers of his generation, and won many international awards both in film and fashion, including New York and the Sacramento. Fellini directed numerous hit commercials and videoclips, including Ives Saint Laurent’s and Tokyo Hotel’s “Run Run Run”.

Ph D in Comparative Studies, fellow of Columbia University in the city of New York, award winning screenwriter and producer (Manchester, Ischia, Rome, Cannes, Durban, Berlin, Buenos Aires, Los Angeles) Michela Scolari has been working in TV and Film since graduating from Vassar College in 2003, colla- borating in worldwide successes, with Giuseppe Tornatore, David Lynch, Um- berto Eco, Robbie Little and many other acclaimed filmmakers. For the fun of it, she collected and published a variety of interviews with some Hollywood icons: Angelina Jolie, Scarlett Johansson, Lady Gaga, Robert De Niro and Pope Fran- cis (not from Hollywood). Her latest movie “Hannah Can You Hear Me” was awarded with Best Art Film at Cannes 2019. Her directional debut with “World Cup Heroes” (officially presented at the Rome Film Festival 2019) was a massive success, resulting in over 30 International Awards. She is currently co-writing a feature film and a TV Show with multiple times Oscar nominated and winner, Terry George, and producing with him, his latest film “Exiles”. She is as well pro- ducing Palme D’Or and Oscar winner Roland Joffe’ lastest movie The Maestro.