The rebellious, rambunctious spirit of the iconic 1960s medley crew arrives at Cadogan Hall on the 18th December 2021, as The Definitive Rat Pack brings the party to London as they embark on their festive tour. 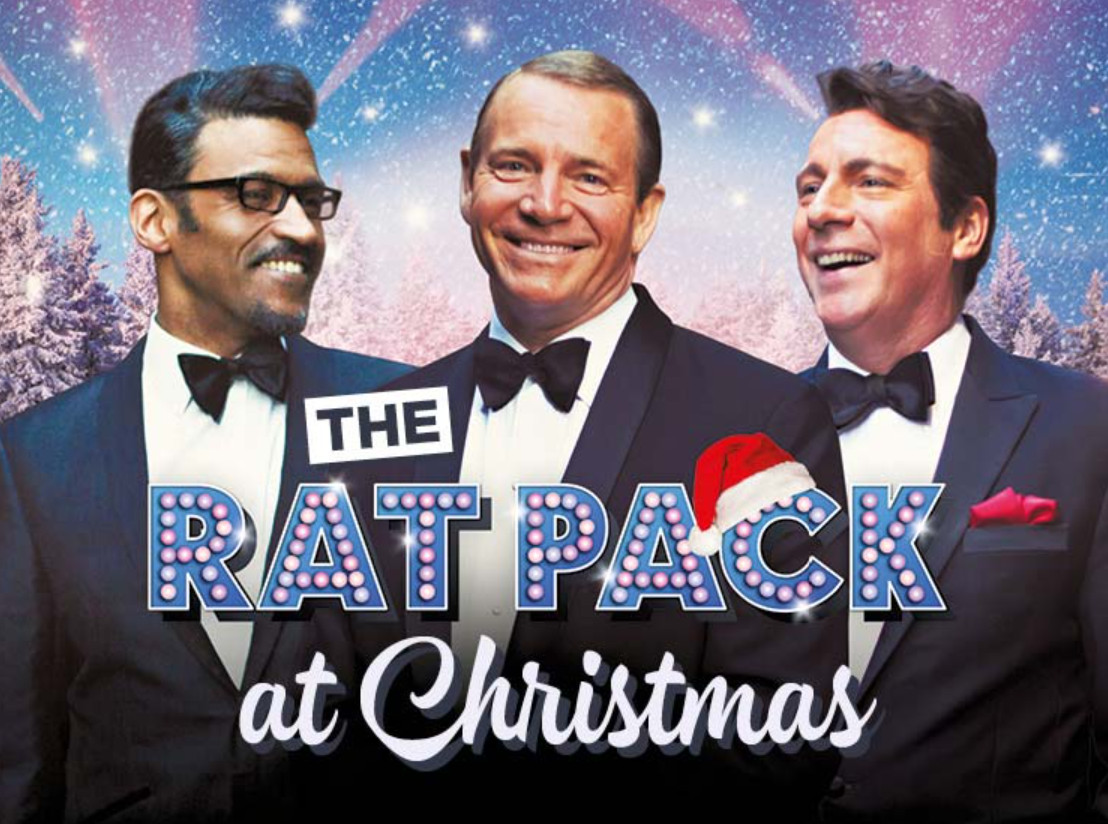 Capturing the trademark chemistry, class and camaraderie of the original Clan, the trio offers audiences a personal musical time machine and a ticket to a party with old-style Vegas spirit.

The Rat Pack were no strangers to London: when Frank Sinatra hit the Palladium in London he performed in venues big and small until his last show at the Royal Albert Hall in 1992. Audiences are invited to rekindle their love of these iconic performers as they join The Definitive Rat Pack at Cadogan Hall.
Seasoned West End stars Stephen Triffitt, Mark Adams and George Daniel Long, star as Frank Sinatra, Dean Martin and Sammy Davis Jr. They previously starred together in The Rat Pack: Live from Las Vegas, breaking box office records and receiving a nomination for an Olivier Award, before going on to later tour globally, with two years in Vegas.

The boys will bring Vegas spirit with a touch of Tinsel Town this December, with a festive programme including the ever-popular White Christmas, Baby It’s Cold Outside, The Christmas Song and Let It Snow, plus all-time favourites including Mack the Knife, That’s Amore, Mr Bojangles and New York, New York.

Joined onstage by acclaimed West End performers The Golddiggers and the internationally renowned Manhattan Swing Orchestra, all costumes, instruments and stage setting is authentically recreated to capture the magic of a live Rat Pack concert, which promises to be the ultimate experience for any big band fan the world over.