Jailbirds VR experience in competition at Tribeca and NewImages Festival

JAILBIRD: Bwa Kayiman is a VR narrative experience on a human scale, a fantastic tale about the prison system and human freedom. From June 9th to June 20th at Tribeca Festival and NewImages Festival, JAILBIRDS: Bwa Kayiman will be presented in competition and as a world premiere!

Between virtual reality, comics and animation.
JAILBIRDS: Bwa Kayiman, trilogy first episode, is a bittersweet tale about men freedom. In his work, Director Thomas Villepoux uses VR codes and interactive storytelling techniques in an innovative composition. This innovative drama relies on the viewer engagement by alternating objective and subjective points of view for the first time, creating a subtle blend of viewer movement and camera movement.

Set sometimes in a nightmarish prison, sometimes in beautiful landscapes, the experience makes full use of the assets of the VR medium as narrative tools. The story resonates strangely with the promise of virtual reality: a prisoner escapes each night as his eyes magically detach from his body and set off to discover the world that is physically inaccessible to him.

What better metaphor for virtual reality? Our eyes escaping to discover the world while our body is trapped in the physical reality. In these troubled times it is an experience which finds a particular echo.

JAILBIRDS: Bwa Kayiman is a fantastic tale based on the visual universe of Philippe FOERSTER, Belgian author of black poetry comics (freely adapted from “Paulot s’évade” in “Certains l’aiment Noir” published by Fluide Glacial in 1985).
How do you adapt a comic book with such a particular style in a medium that uses real time animation – that is, video game tools that have their own aesthetic?

Fred Remuzat handled the first work. He is an art director specialized in CGI, who can make a character exist in a pencil sketch and then translate it into polygons and vectors. Together, we defined the visual style and the design of the characters. Then the animation studio The Pack created the 17 special “shader” that enables this “pencil drawing render”. 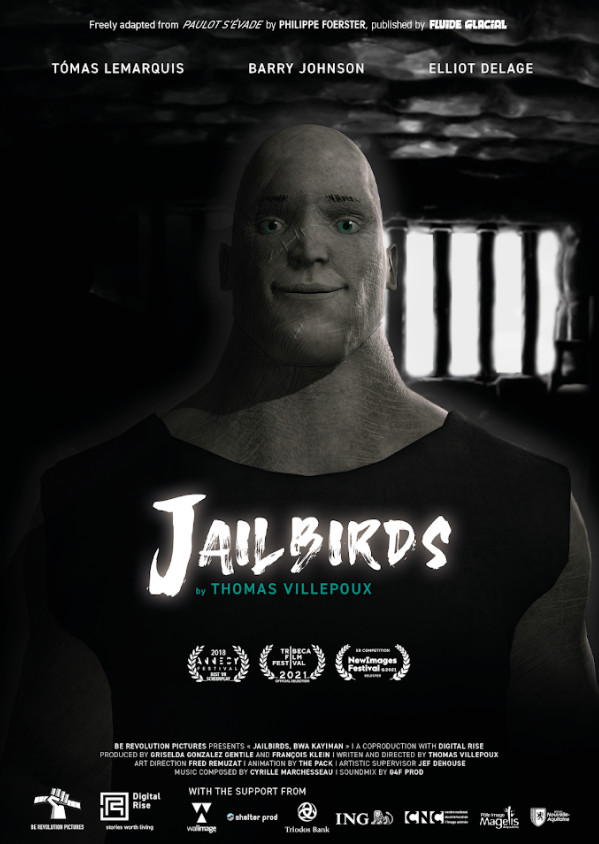 “bl:ACK was inspired by the fashion photographer, Peter Lindbergh, who shot the first American Vogue…