Michael Cinco presented his new collection during Paris Fashion Week at the American Cathedral in Paris, one of the most beautiful Gothic Cathedrals with colorfull stained-glass windows transformed in a perfect fashion venue for a such beautifull fashion show

Dubai-based Filipino designer Michael Cinco is best known for his fabulous couture gowns. His innate creativity and masterful techniques have catapulted him to the front ranks of fashion. He has cultivated a dedicated following for the luxe and intricacy of his designs, with their fresh, elegant and detailed juxtapositions of fabric and Swarovski crystals. 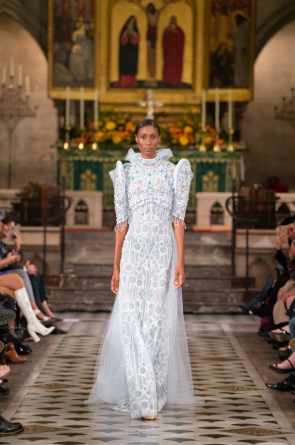 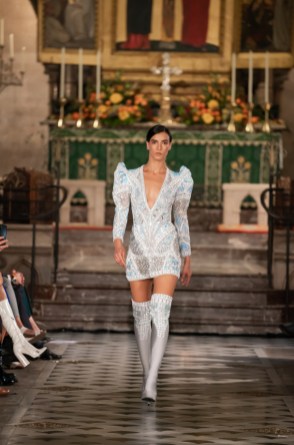 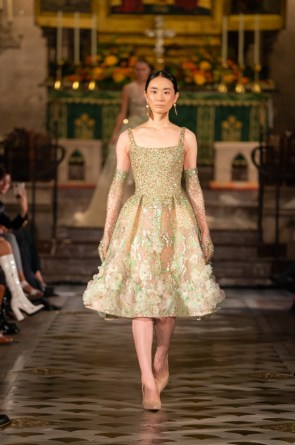 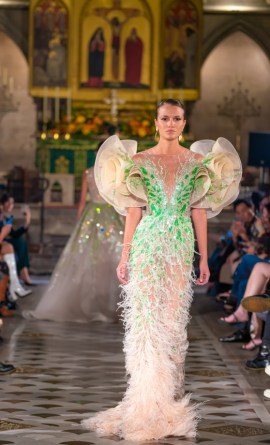 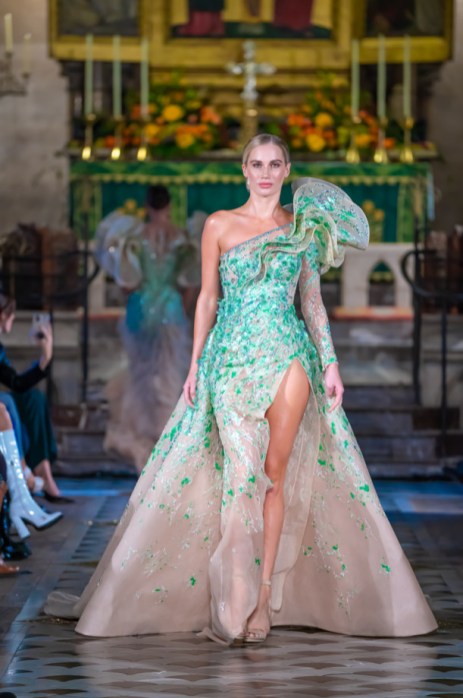 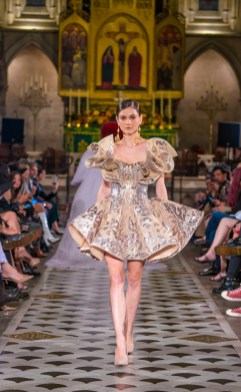 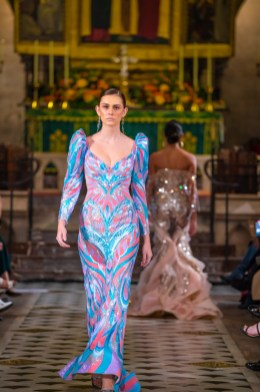 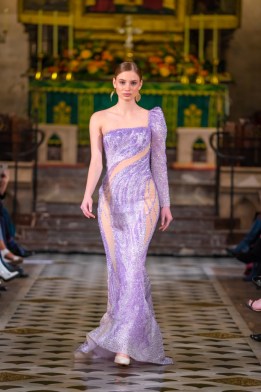