Organized with professionalism and competence – Tuesday 21 September – by “P&P Leisure Private Ltd” by Patricia Aleman and Prasanna Weerasooriya (a company specialized in the High Fashion sector and particularly renowned internationally for the similar initiatives that it has been promoting and managing for some time “Weeks of Fashion” in Paris, London, New York and Dubai), the “RockStarr Fashion Show” – produced by Prasanna himself and planned in a “partnership” relationship with the US company of the same name, represented the inaugural event of the ” Milan Fashion Week “in autumn in the sumptuous halls of the exclusive” Rosa Grand Star “Hotel a few tens of meters from the Duomo and in the heart of the prestigious” fashion triangle “that has made the Lombard capital famous in every corner of the world.

In a general context that has sanctioned the return to events that took place overall “in presence” – after the long months of health emergency in which each designer was allowed to present the new creations in prevalent online “streaming” mode – the “RockStarr Fashion Show “(brilliantly conducted by Riccardo Pagan, formerly” Mister Italia “in 2018 and well-known TV personality, in collaboration with the actress and singer Stefania Pacchiega also known as a dancer and dance instructor) saw the participation of 12” fashion designers “from the various continents and the preview presentation of collections whose stylistic lines, in an original” mix “of colors and images”, were greatly appreciated by the audience in the room and by the numerous professionals (journalists, “bloggers” and international “buyers”) involved in the initiative as observers. 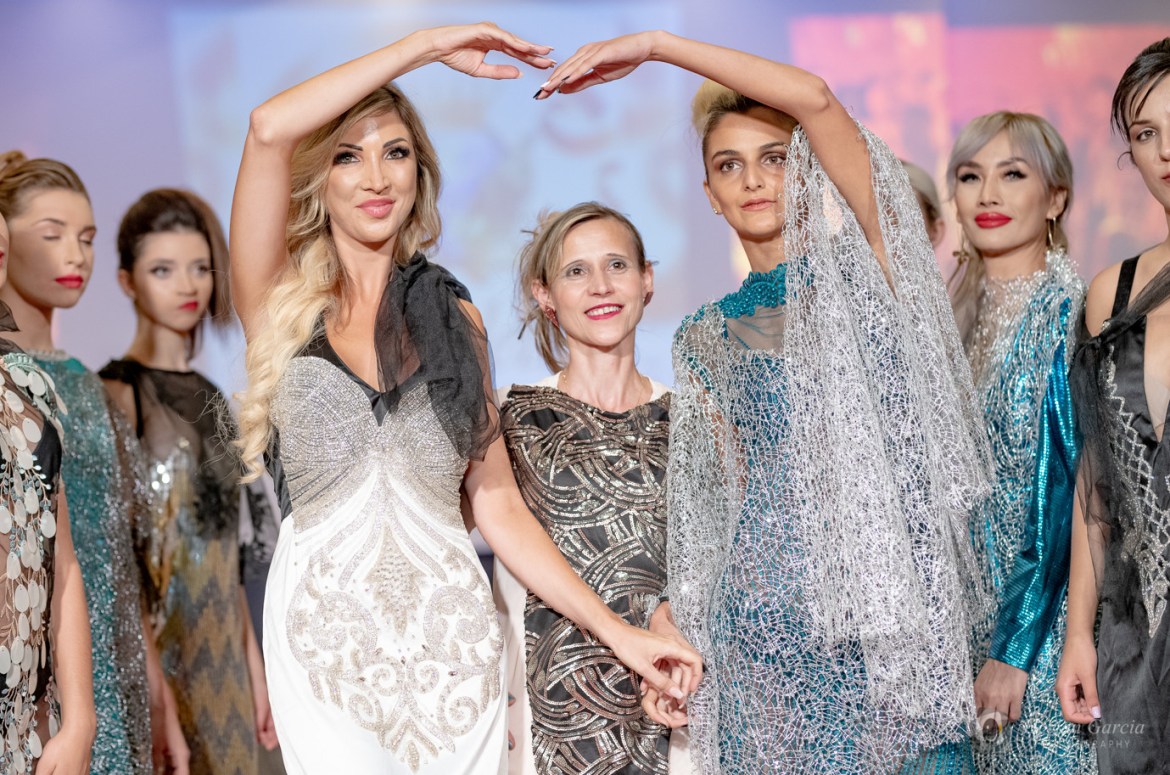 Under the supervision and coordination of
Lucia Helena Ribeiro – great organizer of high-level events, responsible for the “staff / management” of the “RockStarr Fashion Show” in reference to the models involved in the catwalk and their “make up” / “hair styling” as well as recently author of “L ‘man without heart “in which he deals with the dramatic theme of violence against women – presented their respective creations:
Antonio Chavis (Canada)
Pina Grasso (Italy)
Halide Kelmendi (Kosovo / “Performs”)
Irina Bogdanova (Russia)
Dorina Rosca (“Waletty Design” / Principality of Monaco)
Robert Naorem (India)
Liliana Larisa (Romania)
Damiana Fiorentini (Italy)
Leonardo Angelo (Italy)
Jhoy Gacad (Philippines)
“International Fashion” by Lucia Helena Ribeiro and Acrisio Neto (Brazil)
Mirela Baicu (Romania)
Between one “défilé” and the next, there was no lack of moments of show and entertainment as well as frequent interludes of awards in which numerous leading representatives of the world of art, fashion and culture were the protagonists: among the others the Brescian artist and painter of Vietnamese origin Thuy Mary Le (already recipient in recent weeks of an important recognition at the Venice Film Festival), the Lawyer and Sports Attorney Katia D’Avanzo, the Manager Roberto Posenato (owner of the well-known “Face Management” entertainment agency), the “talent scout” Antonio Maglione (tireless promoter of events with the aim of social commitment), the photographer and cameraman (and local politician) Stefano Rizzi: each of them has been awarded a well-deserved and prestigious “Lifetime Achievement Award”, while the special “Guest Star” Renée Sylvie Lubamb attracted attention during the event. a (known for having been valued, in the past, by Piero Chiambretti in his famous television “talk shows” and even more established – in recent times – as a TV commentator, journalist for nationally distributed magazines and host of successful radio “formats” ). 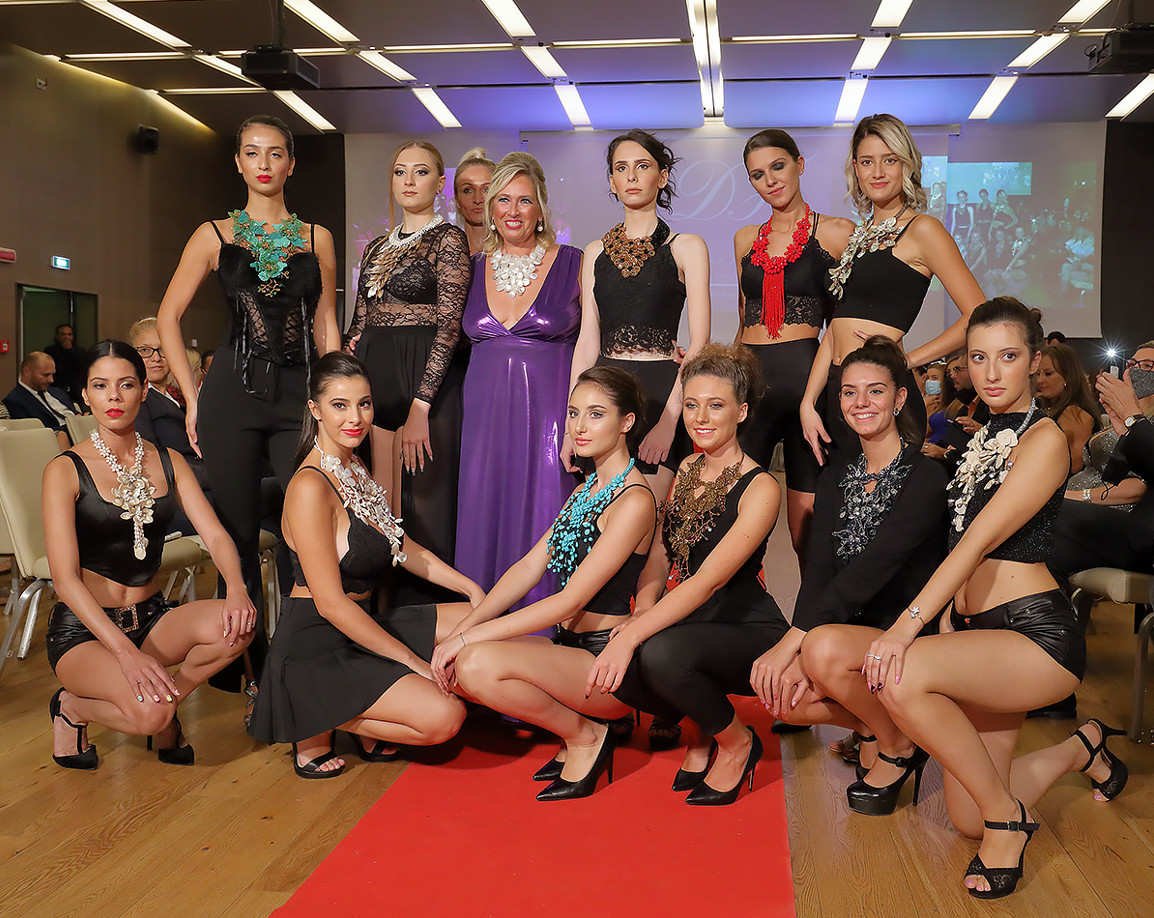 The event opened with a “Medley Rock” by Veneziale accompanied by the acrobatic virtuosity (much applauded by the audience in the Hall) of the well-known dancer Maria Chiara Saporito, while in the afternoon – among the other guest artists – the international tenor Diego Cavazzin aroused emotion by interpreting live the famous ending of the romance “Nessun dorma” – taken from “Turandot” by Giacomo Puccini – obtaining an enthusiastic consent from those present (who sealed the conclusion with long minutes of open stage applause).

At the height of an effervescent “tour de force” between Fashion, Art and Culture – for a total duration of 5 hours – a very excited Prasanna wanted to thank the photographers and “videomakers” who immortalized the different phases of the event, journalists and “media partners”, “celebrities” from the entertainment world and entrepreneurs from every continent who have honored the “RockStarr Fashion Show” with their presence, the organizational coordinator Lucia Helena Ribeiro and all the staff involved in “make up” and “hair styling” activities for the models who walked the catwalk, the company “Elios Communication” (present with the manager Gianni Graziano) for having contributed to the promotional initiatives of the event in collaboration with the “Mix Art “by Irene Quaglia, Acrisio Neto (Partner and partner of Lucia Helena Ribeiro’s” International Fashion “), the journalist and PR Alessandra Giorda, the two brilliant presenters Riccardo Pagan and Ste fania Pacchiega, the International Fashion Designer DrUnni Krishnan (India), the stylist David Starr (USA), Jaya Krishna Varma (General Manager of “Fashion Ultimate Magazine”, India), the event organizer Miranda Giuffrè (who, to be the impersonator of the legendary Liz Taylor, she has often hosted ,LiFE TV TiZiANO TESCARO ,D J Alex ,Ivana Gasto,Prasanna Weerasooriya and Patricia Aleman in her famous Milanese salon for initiatives and events related to the fashion environment), the “Guest Star” Renèe Sylvie Lubamba and all those who attended the ” Rockstarr Fashion Show “as honored with their respective Lifetime Achievement Awards.

A special greeting was addressed to the artists:
Laura Maletto (jewelry designer and designer who counts among her clients the Consul General of Greece Kantzas Idannis, Count Yorik of Castel Nuovo Don Bosco and the Teatro Regio in Turin and who – soon – will exhibit some of her exclusive creations at the international event “World Art Dubai “, from 16 to 19 March 2022, at Stand J04 of” TV2 Art Gallery “); 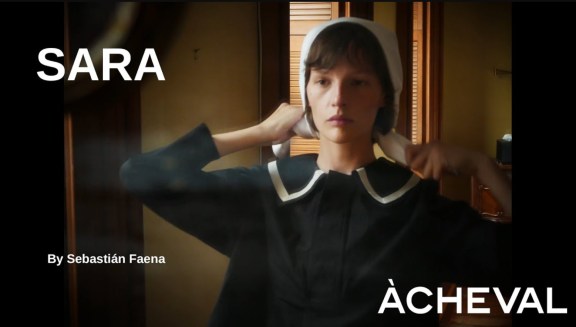 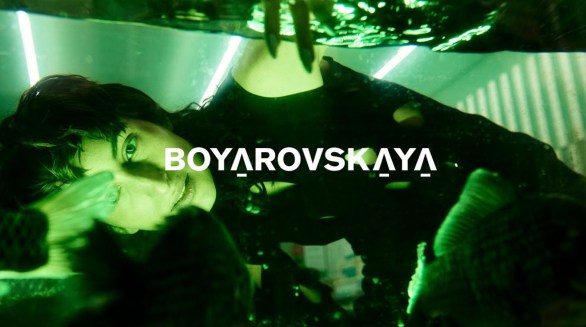 Isabella Mandelli
(“eco-social” artist famous for his “Barabubbles”, imaginary and fantastic creatures – immersed in a utopian world populated by hearts, balloons and musical notes – conceived and immortalized by the inexhaustible creative talent that inspires her work as a painter );
Jaroslav Drazil
(German artist and painter, known for his exhibitions in prestigious international exhibitions and reviews);
Elena Cocco
(artist, ceramist and painter with original and innovative creations as well as “Research Assistant” in “Sustainable Art & Culture” for the non-profit organization “Nesta Italia”);
Luca Germena
(“sculptor of nature” who has specialized in recent years in obtaining tenuous and captivating female figures from marble but also famous for his works obtained from wood by carving the roots of centuries-old trees in a wooded environment).

Prasanna Weerasooriya and Patricia Aleman are now meeting everyone (friends, professionals and operators in the sector) for the prestigious events – national and international – of which they will again be organizers and promoters in the coming months, starting with “during  Milan Fashion Week” in February 2022.