The film ‘The 355′ has it all; huge stars, drama, action, adventure, an unlimited budget it appears. But all these factors combined can’t guarantee that a film will be great, and ‘The 355’ is not great – it’s disappointing. 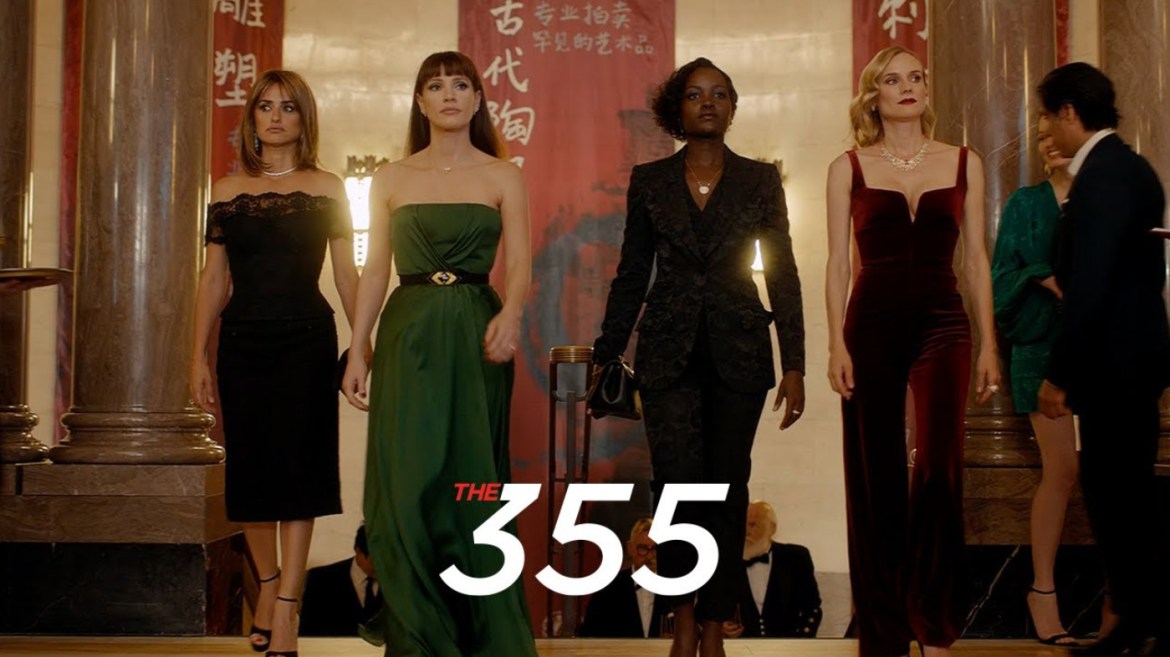 Starring superstar actress Jessica Chastain, who also co-produced, with Oscar winners Lupita Nyong’o and Penelope Cruz, and acclaimed actress Diane Kruger, directed by the man behind ‘Deadpool’ and The X-Men movies, ‘The 355’ (a code name given to a female spy in the revolutionary war) is NOT full of intrigue, espionage, and realistic scenes, and even the dream team of women actresses can’t save this film.

From dramatic and glamorous locations such as Morocco, Paris, and London where the women get to attend diamond studded parties, meeting rich and powerful men, all for the sake of saving the world from doom and destruction (there’s no need to delve deeper into the plot because there really isn’t one). And it’s 500% unbelievable that these women can take down dozens and dozens of men who work for the bad guys (the male body count in this film easily surpasses 100). But it’s only when Bingbing Fan joins the female gang that the film starts to look promising. She’s the daughter of an extremely wealthy man and tricks the bad guys by stealing ‘the secret weapon’, but somehow she gets cajoled into fighting the bad guys by joining the gang of women who have the fighting skills of superheroes! The women, all from different backgrounds and nationalities, all conveniently come together to fight evil, but what they are really fighting is to make us suspend disbelief. It doesn’t work.

The jet-setting film highlights the talents of the eclectic mix of the female characters. As a collective, they are smart, savvy, and when necessary, lethal. Together, they are unstoppable, but they can’t make up for the fake-looking fight scenes, the ridiculous plot, and an ending that, if you make it that far, will leave you scratching your head.