A life in the fastlane

Home » A life in the fastlane

She was a woman in a man’s world, snapping away at drivers with her camera, notably in Monaco in the 70s and 80s. When she would not stand behind the chicanes of the Grand Prix,  she would rub shoulders with drivers. That was an opportunity for her not only to have a chat with them but especially to immortalize unforgettable encounters. At the height of their career, some of these legendary racing drivers would pass away in tragic accidents.

Here is a selection of their portraits by Solange Podell, then in charge of working as the official photographer for the Tourist Office of Monaco. Solange had the unparallel talent for capturing from these film star-like looks, the essence of crucial moments before the race when the climax of concentration was remarkably reflected in their eyes. And that had started long before she became a photographer…

Pedro Rodriguez, the King of the Porsche 917 era

After meeting by the pool of the Presidente hotel in Acapulco in 1961, the thenactressSolange Podell and Pedro Rodriguez instantly became very good friends. She went and saw him on Bridgehampton Race Circuit, Long Island, the following year. He was only 21, already a legend and about to get married. She was nota photographer at that time yet but was passionate about photography and started snapping away them. Pedro won the race. «Next time I compete in a race here on Long Island or in Florida, come and see me; you are my lucky charm »hesaid to Solange. » Whenheofferedher the chance to enjoy a lap of the loop by his side, she did not hesitate for a second. She got in his car and was not afraid of the exhilarating speed.

Sports car racing enthusiasts consider Pedro Rodriguez one of the best drivers of the sixties and probably the most talented one of his era in the rain. Some footages offer thrilling reminders of his unforgettable performances due to his sheer flair behind the wheel. After several years racing for Ferrari, he was the acknowledged master of a factory-blessedPorsche team and he became world champion driver in the formidable Porsche 917.

He came first, second and third on numerous legendary race tracks such as Sebring and Daytona in Florida or Le Mans in France…«I often look at all my photos of cars scintillating in the sun.

It is like a wonderful car bodies show and sometimes almost fashion show with all those smart girls sitting here and there. They look like models, with their branded bags and their pretty face hidden behind huge sunglasses, walking along the track as if it was their catwalk. Those were the beautiful days of our friendship in Bridgehampton, recalls Solange. » Their friendship would last for years on the tracks in the U.SA. or in Mexico.Untilthatdreadfulday of July 1971 on the circuit of Nosiring in Germany. « I have never been on Nosiring circuit in Nuremberg. Maybe I should have. You used to call me your ‘luckycharm’.You were31. You left us way too soon at high speed, the way you lived on the tracks, at120 miles per hour. Pedro, you will always have a very special place in my heart.»

François Cevert, the Blue EyedPrince of the Formula 1

TheGrand Prix winner and French driver, François Cevertisremembered as a young man with an outstanding presence and an incredible physique. One thing was for sure, once out of the cockpit, Cevert’samazingly piercing blue eyes would literally drive women crazy.He was often seen as a beautiful girl on his arm, once even escorting Brigitte Bardot to the Paris Motor Show and showing her the features of cars. One photo captured the eyes of Bardot: by the wayshewasstaringatCevert…not sure she was listening to him. Sheratherseemedto be more interested in another kind of mechanics! Among his colleagues, Cevertwouldmakean indelible impression as the British Formula 1 race driver, team-mate and friend Jackie Stewart recalls. « He was a gentleman in the truest sense. So often folk who seem to have everything are all too aware of it, to the detriment of their personality. François had the sort of gipsy good looks to make ladies gnaw at the backs of their hands, yet none of the accompanying arrogance which invariably makes such people insufferable »At the time of his death, Cevertwasonly 29. Anotherthingisfor sure; he has a highly deserved place in the Grand Prix firmament. To Stewart, he remains, “The fascinating racing driver I’veeverknown”.

« Revvie », as his colleagues would call him, was a world-class driver and Formula One legend, and is remembered for his unqualified good manners. He was about to marry Miss World 1973 when he lost his life while racing. If some criticized his success because he was the heir of Revlon cosmetics empire, his reputation is fully justified on merit. He could have simply been dedicated to a family fortune and enjoyed a playboy life but he made it his own way. In that sense, he was a truly talented driver and was highly regarded and respected by his colleagues.

The Italian born car racer Luigi Chinetti emigrated to the USA during the Second World War. He was an impressive driver on the most prestigious courses and won three times the 24 Hours of Le Mans. 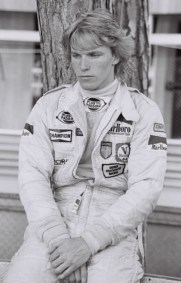 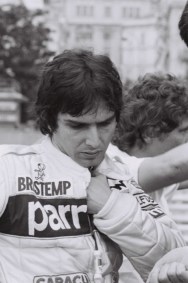 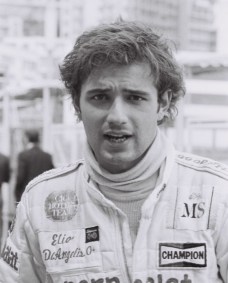 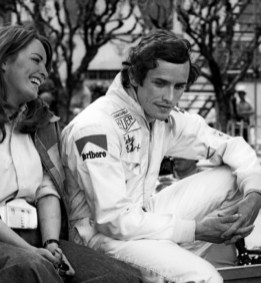 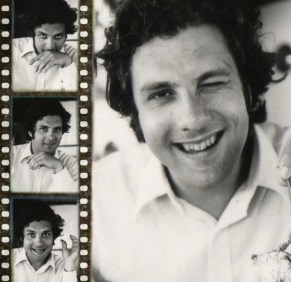 He became then the importer of Ferrari automobiles to the United States. Solange had a serious relationship with his son, Luigi Chinetti Jr, aka Coco, who also proved himself a skilled driver while competing in a number of races. One day, as she was staying in a hotel in Cannes, she could hear a horn blast. She appeared on the balcony. And there he was, standing by his Ferrari, tooting the horn to try to reconquer her. « Let’s get married ! » yelled the Romeo to his Juliette.  And what happens when a driver has fun borrowing a camera? He uses the photographer as a model! Hence a series of never seen beforehand photos taken in the early seventies…

A Unique Reimagining of Macbeth For One Night In Cinema